Reflections of a gay Mormon

“Hello. My name is Blake, and I’m a gay Mormon.” The last two words put together could sound puzzling to some. I grew up in a large suburb just outside Salt Lake City, Utah. My family went to Church every Sunday and to Temple often. Yet at the age of 13, I knew I was gay. I grappled with this for three more years before I started distancing myself from the church, but I could not shake that foundational belief; gay is bad. At least that’s what I thought growing up. Let’s face it; Gay Mormon is not something that we think as being represented in the media, and certainly not in a positive light. Ensign, the LDS (Latter Day Saints/Mormon) Church based magazine, published a statement from the Church:

We want to help these people, to strengthen them, to assist them with their problems and to help them with their difficulties. But we cannot stand idle if they indulge in immoral activity, if they try to uphold and defend and live in a so-called same-sex marriage situation. To permit such would be to make light of the very serious and sacred foundation of God-sanctioned marriage and its very purpose, the rearing of families. (Ensign, Nov. 1998, 71).

I am one of “these people”. Slowly but surely, the media is helping to chip away at a relatively silent voice in the gay community.

The media is taking notice of this hot button issue on several levels. In Latter Days, a small budget film released in 2003, the premise is about two men who fall in love. The gay stereotype character is portrayed as promiscuous, flirty and flamboyant. When the film was made 10 years ago, I think that there was an even greater stereotype than there is today. The missionary is innocent, good and God-fearing. The stark differences between the characters lends to an interesting but sometimes unbelievable storyline. How much of 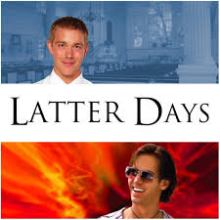 this could be true to real life though? The answer: much of it. The movie uncovers some dark topics that are prevalent in the LGBT (Lesbian, Gay, Bisexual, Transgender) community. Of specific interest is the missionary character’s attempted suicide after his excommunication. Many gay youth, in particular Mormon gay youth, attempt to and often succeed in committing suicide. According to thetrevorproject.org, “LGB (lesbian, gay and bisexual) youth are 4 times more likely, and questioning youth are 3 times more likely, to attempt suicide as their straight peers.” Now imagine compounding Mormonism on top of this. The combination of those two factors alone could make many just another statistic. I do wish the film had addressed ways to get help, though I suppose there were not as many resources available 11 years ago as there are today. I believe the gay community will see this movie as much more empowering than the LDS Church will. I identify more with my LGBT family than with my Mormon faith so watching the missionary separate from his church in this film was rough. Latter Days rates a 7.3/10 from more than 12,700 users on IMDb, the Internet Movie Database, and the consensus seems to be that it is a “Surprisingly touching” and “heartwarming” film (IMDb.com). I don’t think the goal of this movie was to make money. In my opinion, it was much more about making a statement that there are gay Mormons in our communities and this movie provides many of them with a voice. I think this influenced the content by allowing the film to not shy away from being provocative and edgy. The Mormon community is not shown in a positive light, nor is the stereotypical missionary character that plays the love interest. However, by the end of the film the stereotypes have eroded and “true love conquers all” is the message. The “good side” of the church is also not shown which is definitely intentional. A viewer might conclude that the creators of this film had a negative experience with the Mormon Church. The expectation is to get an emotional reaction from the audience. 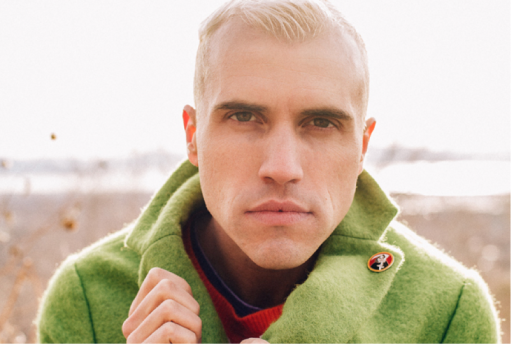 The music industry has taken note of at least one artist who is bringing light to the situation. Rolling Stone’s headline reads, Neon Trees Tyler Glenn: “Gay, Mormon and Finally Out”” (25 March 2014), with a stark picture of a bleach blonde pop star in a glowing green jacket. Glenn still identifies as Mormon, even though he has known he was gay since he was just six years old. Instead of dealing with this fact, he threw himself into his religion. He went on a two-year mission to Nebraska, baptizing 17 people during that time. I find this interesting because it almost seems to be a way to avoid dealing with one’s reality, and instead focusing on what you’re “supposed” to be doing. In other words, did he go on his mission to delay dealing with his sexuality until he came back, or possibly see if he could repress those feelings altogether? My reaction to the article is that the church will not support Glenn. I think many members of the church may choose to boycott the band and take a stance, perhaps not allowing their children to listen to Neon Trees music. Remember how heavy-handed the church was involved with Proposition 8 in California? The church fought hard against same-sex marriage. I certainly don’t believe that the church will act any different towards Glenn, just because he is a pop star. Rolling Stone was sensitive to Mormons in order to portray Glenn in the best possible light. If Glenn can be portrayed as a pioneer, perhaps they believe the Mormon Church will not turn its back on him. What is not shown at all is the church’s official stance on homosexuality. A missing aspect of the article is what the church believes. Readers can draw the conclusion that, yes, the expectation is to sell magazines, but to tell Glenn’s story in an objective and factual way.

Tony-award winning musical, The Book of Mormon, does not rely on flashy costumes or star power to make its statement. Instead, it uses stereotypes and humor to convey the message of Mormon hypocrisy and injustice. Missionaries in their familiar black suits and pressed white dress shirts, nametags glistening in the stage light. In Act 1, the cast sings a song entitled, “Turn it off”. This is referring to ways to deal with the strict Mormon life. The missionaries teacher, Elder McKinley, tell them to “turn it off like a light switch”. He is referring to his own sexuality. Towards the end of Act 2, the LDS church turns its back on 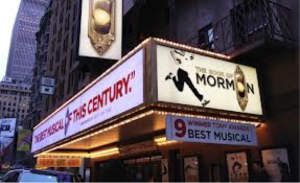 the villagers that have been baptized, telling them they are not really Mormon. That was my experience growing up in the church: we shunned those who were different from us or didn’t share the same teachings or beliefs. This content definitely reflects a jaded view of the LDS Church. I think Mormons may see this play as a slap in the face, while others will see it as pure comedy. No one really comes out looking good in this play. The missionaries are portrayed as young, dorky soldiers, while one of the church leaders is repressing his own homosexual desires. The teachings of the church seem far-fetched at times. That’s why The Book of Mormon makes fun of it. Mormons are shown is this way because the writers have a certain opinion about the LDS Church and wanted to convey it. What is not shown is the positive side of the church and how much it does for the community, but then again, that’s not really the point. The technique used to draw our attention in and keep us entertained is through comedy. I think the expectation is that the audience is left with a more comical view of the Mormon Church and a feeling of maybe not taking it all so seriously.

My research has uncovered some serious and dark topics, full of repression, suicides and angst. The more I read and the more artifacts I find, plus what I have experienced first 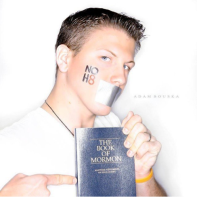 hand, the Mormon Church does not appear to be too tolerant of the gay community. In fact, the church directly fights against the rights of the LGBT community (think Proposition 8). According to freedomtomarry.org, 35 States, plus Washington, D.C. and St. Louis, Missouri have ruled in favor of same-sex marriage and the number continues to grow. Will the Mormon Church evolve with the times or will it continue to turn its back on so many, just as it has in the past? While I acknowledge my foundational upbringing, I no longer identify as Mormon. What I have found by looking in the pop culture mirror is one of mixed reaction and acceptance, at best.

“What is The Church of Jesus Christ of Latter-day Saints’ attitude regarding homosexuality and same sex marriage?” Mormon.org LDS Church, Nov 1998.Web. 15 November 2014.

5 thoughts on “Reflections of a gay Mormon”