In the 21st century, video games have broken onto the world stage, up till 2016, the amount of gamers in the world has reached 1.8 billion, with 1.2 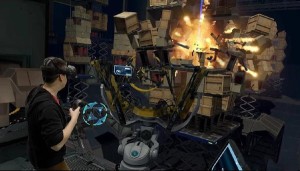 billion gamers playing on PC. Video games have become an important part of the popular culture, people enjoy exploring virtual and fancy worlds as if they were living in the game world. I personally enjoy playing games very much, because it provides a so called “immersive experience” and thus I can do anything I like in the game just like I really did it in the real world.

Some people prefer the violent elements, and the game publishers produce the violent games to hit their spots. An example is the famous Grand Theft Auto (GTA) series. 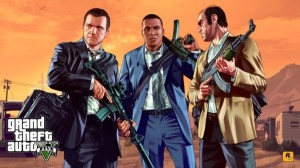 In GTA, player can do almost anything they want: robbing, murdering, crashing people, and driving cars, planes, and even submarines. And obviously, nearly none of them are allowed in the real life. The game series has become an outlet for people’s repressed desires, the sales of it faithfully reflects how popular it is: as of February 2018, the latest series, GTA V has shipped over 90 million copies in the worldwide.

Here comes a problem: as you can see, neither laws nor orders exist in the game worlds. Some media criticize the violent games as leading teenagers to commit crimes. As a gamer, I could not agree with that opinion because I don’t think I have ever been influenced by a violent game and thus decided to find some scientific proofs about the connection between violence and game.

A crime happened in the real life

A 14-year-old Idaho boy in Coeur d’Alene confessed to authorities about a pre-planned murder of his family members after idolizing a violent game character, Trevor, in Grand Theft Auto 5 (GTA V). The boy, Eldon Samuel III shot his dad with a .45 calibre handgun, before killing his brother. Samuel later revealed to officers that he “enjoyed playing as Trevor in GTA V, which inspired him to emulate the violent character’s actions in real life”. 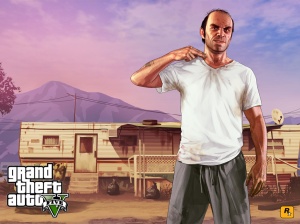 Trevor is usually seen as an extremely aggressive and dangerous character in the GTA series, he usually tends to solve problems with guns, knives and sometimes gas. It’s not hard to understand Samuel’s actions if he was trying to emulate Trevor. Similar to Trevor, the characters in violent games are usually shown as bloodthirsty and aggressive, and there’re some gamers (just like Samuel) who cannot distinguish real and virtual.

Vasilii was a League of Legends (LOL) professional gamer, on the night of Oct. 26th, he was streaming himself live in LOL. After performing poorly and losing the match, he started to blame his teammates, and his girlfriend advised him to stay calm:

“Why are you still talking now? I’ve told you you better not talk too much.” Said his girlfriend.

“Why?” Vasilli asked with no emotion.

“You are the main problem, you know? And you keep blaming others, not only in game but also fans in stream room.” After saying the words, Vasilli’s girlfriend gave him some advices about the game.

“He keep laughing on me and hurt me hard, mentally.” Said Vasilli.

“You can block him them. Just ignore/block him next time. He’s also streaming, you looked so dumb you know?”

Hearing that, Vasilli suddenly flipping everything in the front of him: the table, the monitor, and the webcam. Because of that, the rest of video is literally invisible, but we can hear him yelling “Are you looking for a beating?” and “I want to kill you right now”. He seems to beat his girlfriend, as he continually yelling dirty words and his girlfriend can be heard yelling and crying, “I don’t know why you’re so mad, you beat me for this?” while furniture goes flying around the room.

(make sure to lower your volume if you decide to watch)

As a result of the incident, Vasilli’s gaming team, as well as his streaming platform, announced that they have terminated their contract with the him, and the police arrived to arrest this gaming star.

If the Vasilli’s case was just an accident, there’re more and more players revealed on the Internet, being angry, reasonless and crazy. They broke their monitors:

and threw their consoles out of the window:

Wait, you forgot the base number

So far, even if I trusted the gamers so much, I’m starting to worry about the influence of the games. The gamers were so aggressive, I believe that there’s no one in the world can save them. But wait, remember the research study on week 5? Data may not represent anything without given the base number, and the base number of the gamers is surprisingly huge!

Coincidentally, another dissertation named “Does Playing Video Games with Violent Content Temporarily Increase Aggressive Inclinations? A Pre-registered Experimental Study”, made by the researchers from Northern Illinois University, explored the relationship between violent behavior and the violent video games. The researchers designed an experiment to test whether participants who played a violent video game (VVG) would exhibit increased aggressive inclinations relative to those who played a non-violent video game (NVG):

386 participants were randomly assigned to play a VVG or NVG prior to presumably interacting with another participant. The researchers then measured participants’ aggressive inclinations: participants reported how many pins they would like to stick into a “voodoo doll” representing their interaction partner, and how likely they would be to actually harm their partner.

There’s no scientific evidence shows that playing video games, not even violent video games, could increase the possibility of being anxiety or aggressive. And the cases showed at the beginning should be the exceptions. The popular culture successfully portrayed games as something that would drive people crazy, by showing what they wanted you to see. I think the process of research taught me a lesson: data is always the best tool to help us tell right from wrong.

11 thoughts on “The Violent Gamers”