Throughout this course, we have deeply discussed the media and Hollywood and its role in the stereotypes and portrayals of different types of people. Representation in TV and movies alone cannot be the solution to breaking these stereotypes. Having nuanced and positive characterization is absolutely crucial to dismantling these damaging portrayals. Media is the unconscious framework for which some of these identities. Being fed the same damaging narrative results in a very narrow view of the world and is almost more damaging than no representation at all. TV and movies are a useful tool we can use to rewrite those inaccurate portrayals. There are many films that I feel achieve this goal and use the tool of films in a constructive way to transcend these stereotypes created and perpetuated by Hollywood. The films I think do an exceptional job of this are Silver Linings Playbook, Moonlight, Tangerine, and Coco, for their positive representation of transgender issues, mental disorders, the LGBTQ community, Latino culture, and people of color. 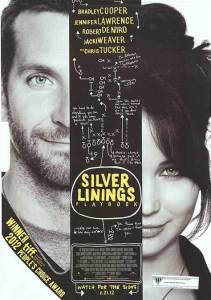 The first movie I believe contains important and positive representation that overcomes stereotypes is Silver Linings Playbook. Silver Linings Playbook deals with the realities and hardships that come with mental illness and disorders, which is not a topic we see tackled in major motion pictures. Earning multiple Academy Award nominations, the film centers around a man named Pat who recently was released from a psychiatric hospital for his bipolar disorder. We often see films trying to sugar coat mental disorders to seem like something quirky or the punchline of a joke. But in this, we see the uncomfortable realities of this disorder. While the movie is not perfect, its happy ending can be seen as romanticizing mental illness or telling an audience that love can cure your mental disorders, showing such an accurate depiction of the disorder helps to remove the stigma surrounding it. Showing the uncomfortable aspects of bipolar, like Pat having manic episodes, emotional outbursts, and dramatic mood swings are important to have accurate representation. This film also shows how important social relationships can be when battling mental illness and how helpful they can be to someone suffering from a disorder. 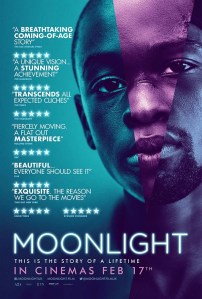 Moonlight was also a revolutionary film that was able to transcend stereotypes surrounding African American men and the LGBTQ community at the same time. Moonlight not only gives positive representation to those identities but it was also beautifully filmed and won Best Picture at the 2017 Oscars. This film dismantled so many different stereotypes surrounding two identities that are not often seen together, the LGBTQ community and the African American community. The main character Chiron, a black gay man, dismantles the sterotype that gay men cannot be masculine. So often in media gay men in tv shows or movies are shown in feminine and “flamboyant”. From Modern Family to Glee, this has been seen time and time again. But in Moonlight, Chiron is a traditionally masculine man and very tough, which allows for the LGBTQ community to not be in a box. It also shows that LGBTQ characters can have other identifying factors outside of their sexualities. In the film, his mother’s addiction and how that affects his other relationships in his life. This detail helps to dismantle the overused characterization that the only issues that LGBTQ+ people deal with are related to their sexuality. It allows for LGBTQ people to not be left in a box because of their sexuality and opens the door for more nuanced and multidimensional characters. It may seem like common sense, but for gay men to be portrayed as just men who happen to be gay as opposed to a “GAY man” is so important. Lastly,  so often LGBTQ stories are told through a white character. Call Me By Your Name, Love, Simon, or The Way He Looks, we are so accustomed to LGBTQ coming of age stories being told through the eyes of white individuals. Moonlight widens those perspectives by including this intersectional character as the center of the film. 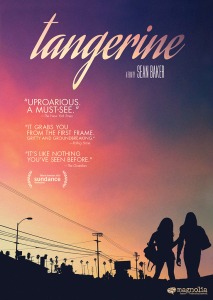 Within the film Tangerine, we see raw and authentic portrayals of the lives of transgender women of color. With the cast full of real transgender women, not cis actors pretending for a film, we get a peek into the life of this community is the heart of Los Angeles. The film does not make their gender identity the focus of the movie though. It centers around two transgender women of color, Sin-dee and Alexandra, who have their friendship tested through the movie as they have disagreements. The director of this movie also allowed the women to adapt the script to make the dialogue more authentic and realistic, making them in charge and in control of how they are being perceived. This shows that the film does not allow these women to become caricatures. But it does not ignore the discrimination and exploitation that these women have to endure. In Tangerine, we see these women’s financial struggles because of their trouble finding jobs as a result of their gender identity. This leads to most of them turning to sex work as a means of income and We see the exploitation they experience through this work as well. Tangerine does an excellent job of displaying the reality of being a transgender woman of color while also allowing these women to have a story outside of that identity. 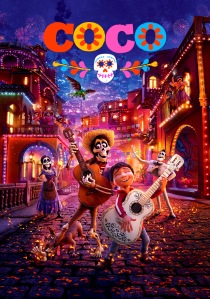 The final film I will include in this analysis is the Disney animated movie, Coco. Throughout this movie, we follow a young boy named Miguel on his adventure into the Land of the Dead to find his great-great-grandfather. This being a children’s movie elevates its content to a whole new level. By having a storyline, characters and a setting that celebrates and appreciates Mexican culture as opposed to shaming and making fun of it, it allows for young children to see themselves and their lives in a positive and inspirational way. Coco is the perfect example of why and how representation matters. In such a euro-centric Hollywood having complex characters and incorporating important aspects of Mexican history and values allows, and winning Best Animated Feature Film, shows that we value Mexican culture. This film was able to rise above the demonizing stereotypes surrounding Latinos, especially in the political climate it was released in. I believe that every person, regardless of color, class, gender, or sexual orientation should be able to see themselves as the hero in a film and with Coco young Latino children were able to see that for themselves.